Susan bought SmartThings because she wanted to keep an eye on her home when she goes out of town. She never expected that SmartThings would help her catch a burglar in action.

Check out how a SmartThings setup that cost less than $200 helped notify Susan that something was wrong, identify the intruder, and keep the police safe–all from nearly 700 miles away.

“I spend half of the year in Minnesota and the other half down in Kansas, so I was interested in keeping an eye on things back home when I go out of town. I went to places like Home Depot and looked at a lot of proprietary systems, but I didn’t like my options. I didn’t want to put a lot of time and money into a full, complicated system–I just wanted a low-cost setup that let me expand later if I wanted to. When I found out about SmartThings, I knew it was the one for me. 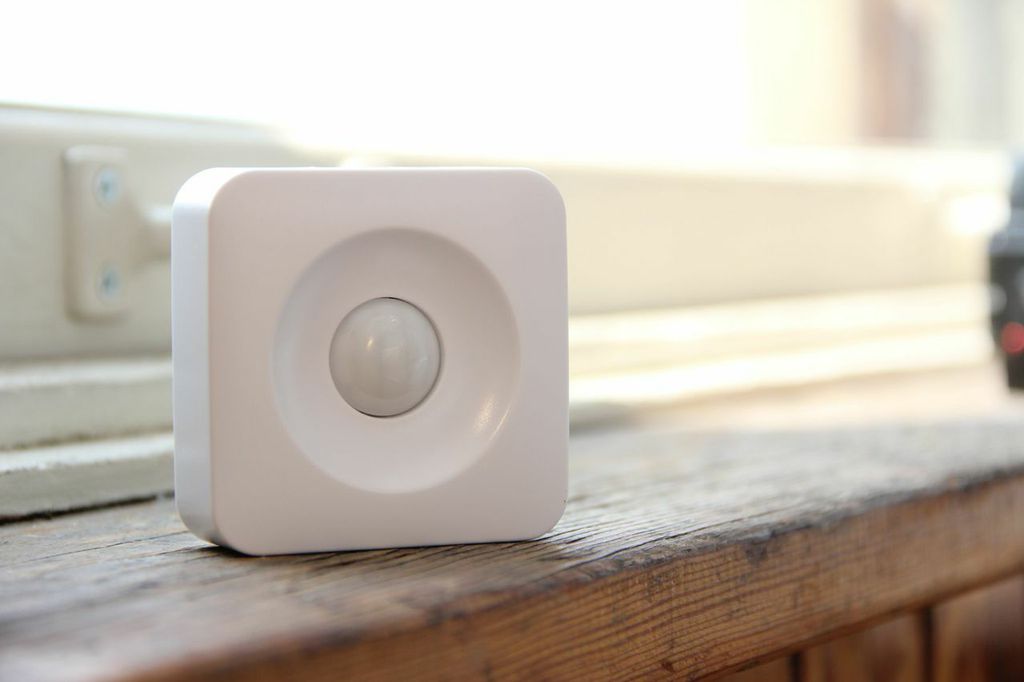 I was just about to head out of state for the winter, so I called your wonderful customer support team and Ryan went out of his way to rush me my order of two SmartSense Motion sensors and a Hub so that they arrived before I left. Let me just say that in nine years of spending winters in Kansas, I have never once thought that my house would get burglarized… but boy am I glad that Ryan rushed me that package!

Just before leaving my Minnesota home, I hid one of the motion sensors by a bookcase facing my front door, and the other in a corner of my basement facing the downstairs door and garage. I then downloaded a $3.99 app called Baby Monitor on my old 3GS iPhone and placed it by the downstairs motion sensor. It doesn’t record video, but it gives you a live view of what’s happening in your home. When paired with SmartSense Motion sensors, this can be really valuable. Let me explain how…

A few months later at 7:58 in the morning, I was reading the newspaper and drinking my morning coffee when I got a notification on my smartphone that there was motion in the downstairs of my home in Minnesota–nearly 700 miles away. I switched over to the Baby Monitor app and didn’t see anything out of the ordinary at first glance. Then, I noticed that the door was slightly cracked open and there was a container on the table by the door. I thought ‘Hmm… is someone breaking in to my house?!’

I called the police dispatcher to let him know that I thought someone had entered my home. As I was talking to him, the burglar came into view on the camera and I saw that he was heading toward the back door. He looked out the back window nervously, and just as he was about to leave, a bunch of stuff fell from his pocket and dropped on the floor. He must have spent a minute or so picking it all up. This bought me some time.

I called the dispatcher back immediately and said, “He’s still inside and heading out the door soon. You better hurry!” When I looked back at the live video feed, he was gone.

Just three minutes later, I got another notification from SmartThings that there was motion in my basement again, except this time when I looked at my camera feed, my whole basement was filled with policemen and a police dog!

I got a call from the police who told me that they had arrived at my house (which I already knew!), and they asked me if the black van parked in the driveway was mine. I said it wasn’t. They were being very cautious, because they weren’t sure if the burglar was still inside my house. I let them know that my upstairs motion sensor hadn’t gone off, so the house was likely empty.

The police then focused their attention from my house to the mysterious black van parked outside my house. They led their dogs from my basement to the van that was blocked in in the driveway. They broke open the doors to the van, and as soon as they did, my safe came tumbling out of the back of it and spilled onto the driveway. (Kind of like what you’d imagine in a cartoon.) The burglar apparently resisted, but quickly gave in after the canines approached.

When the cops finally went through the house to dust for fingerprints, they became mesmerized by my smart home setup. Even though I had cobbled it together in just a few days for under $200, they said they’d never seen anything like it!

It’s funny, but the entire time that this was all happening, I was never once scared. In fact, I felt very much involved as part of the whole capture. I felt completely empowered. Even if he had gotten away, I still would have felt empowered because I did everything I could do. Not only did I notify the police, but I helped keep them safe when they arrived at my house and didn’t know where the burglar was. I grinned the whole day afterwards!

I still can’t get over how easy and inexpensive this whole thing was to put together. Just think: Had it not been for Ryan and your wonderful team who rushed me the Motion sensors, this guy would have gotten away!” –Susan

Editor’s note: Susan’s epic story of criminal vs cloud has since spread from Minnesota to TV affiliates in Washington DC and Philadelphia. It’s also been featured on USA Today.

Everyone has a story to tell. We want to hear yours.
Let us know how you’re using SmartThings, and we’ll feature it on our blog!