When smoke is detected in a customer’s bedroom, the fire department races over to check on the potential blaze. The homeowner wasn’t able to greet the crew at the door, but SmartThings was.

“I had quite the adventure yesterday… 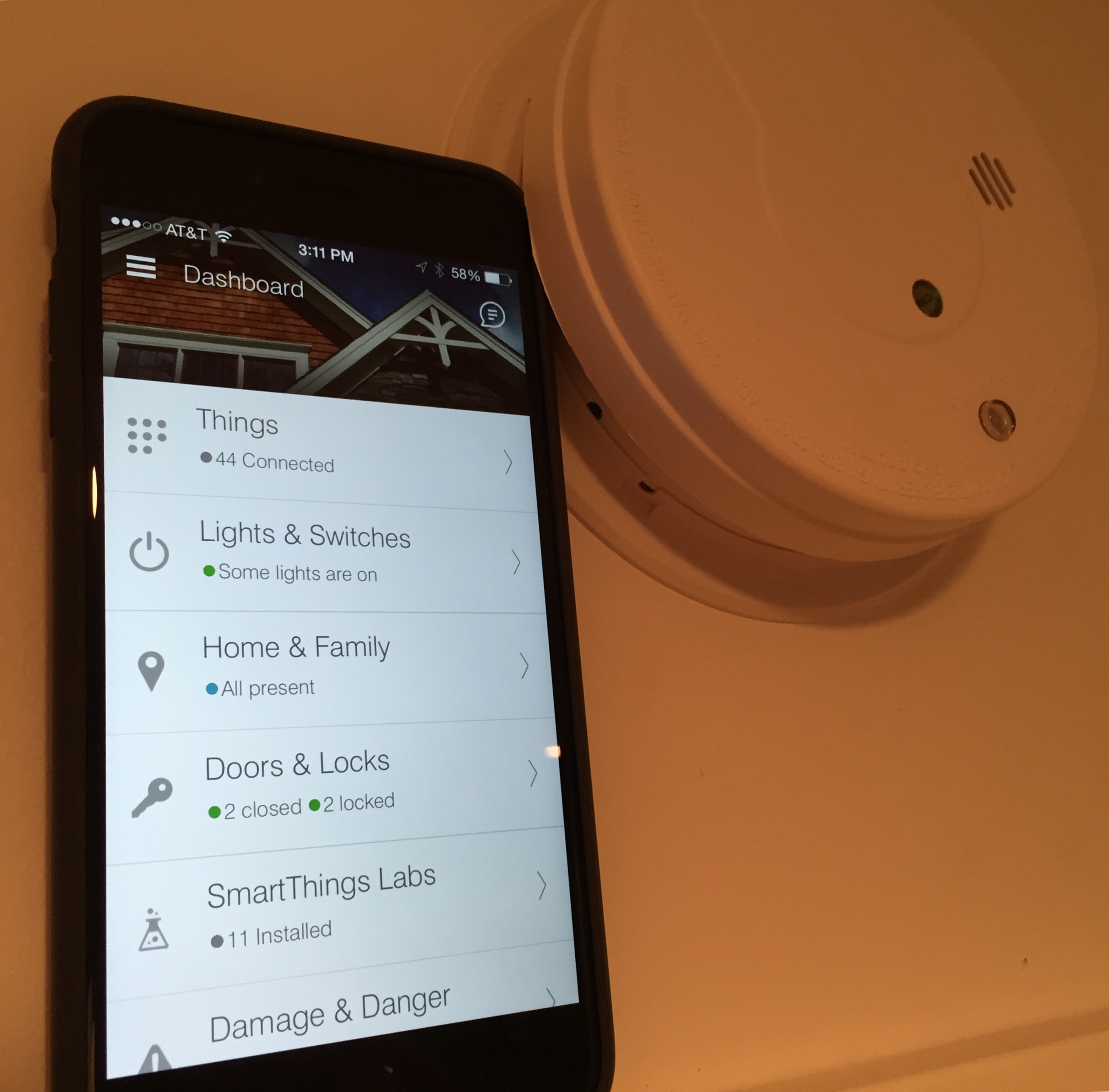 I was at work and got a call from my alarm monitoring company saying that they thought the smoke alarm was on in the master bedroom, and so they were dispatching the fire department.

In a panic, I ran to my truck and rushed home. I live 20 minutes away and about halfway there I got a call from the monitoring service saying that the fire department was there, could not get in, and was requesting permission to break down the door or window and force their way in. That’s when I turned to SmartThings.

I was able to easily unlock the door from the SmartThings app in my car and let the crew in. When I arrived home, thankfully it was a false alarm. As I talked with the three firemen who had inspected the house, they asked how I was able to unlock the door without being here. One said, “Yeah… and I noticed that everywhere where I walked, the lights just came on by themselves. Everyone needs that! I didn’t even have to look for a switch!”

“I noticed that everywhere where I walked, the lights just came on by themselves. Everyone needs that! I didn’t even have to look for a switch!”

I told them about SmartThings and how it worked. They were very impressed, wrote it down, and said they knew what they were doing when they got back to the station. One of them said he was creating an app that allowed emergency services to unlock a house when there was an alarm. Pretty good idea to me! It was a neat (in)experience–especially since there was no fire.

I love SmartThings. It has been incredibly useful. We recently remodeled our bathroom and it was so convenient to be able to verify who was there with my Dropcam, let the construction crew in, and then lock up when they leave. That’s just a few of the many other awesome and convenient ways that SmartThings makes our lives smarter.”
– Brad