We’ve just released an updated version of the SmartThings iOS app, and it’s now available for free download in the iTunes store.

UPDATE: In response to issues a few customers were having, we recently released an updated version of the iOS app. Version 1.7.2 is now available and addresses many of the hiccups customers were experiencing with 1.7.1.

In addition to lots of bug fixes, we’ve made a significant amount of improvements to greatly help performance, stability, and overall load time. Most notably, we’ve introduced the same widget functionality for iOS as we created for Android. 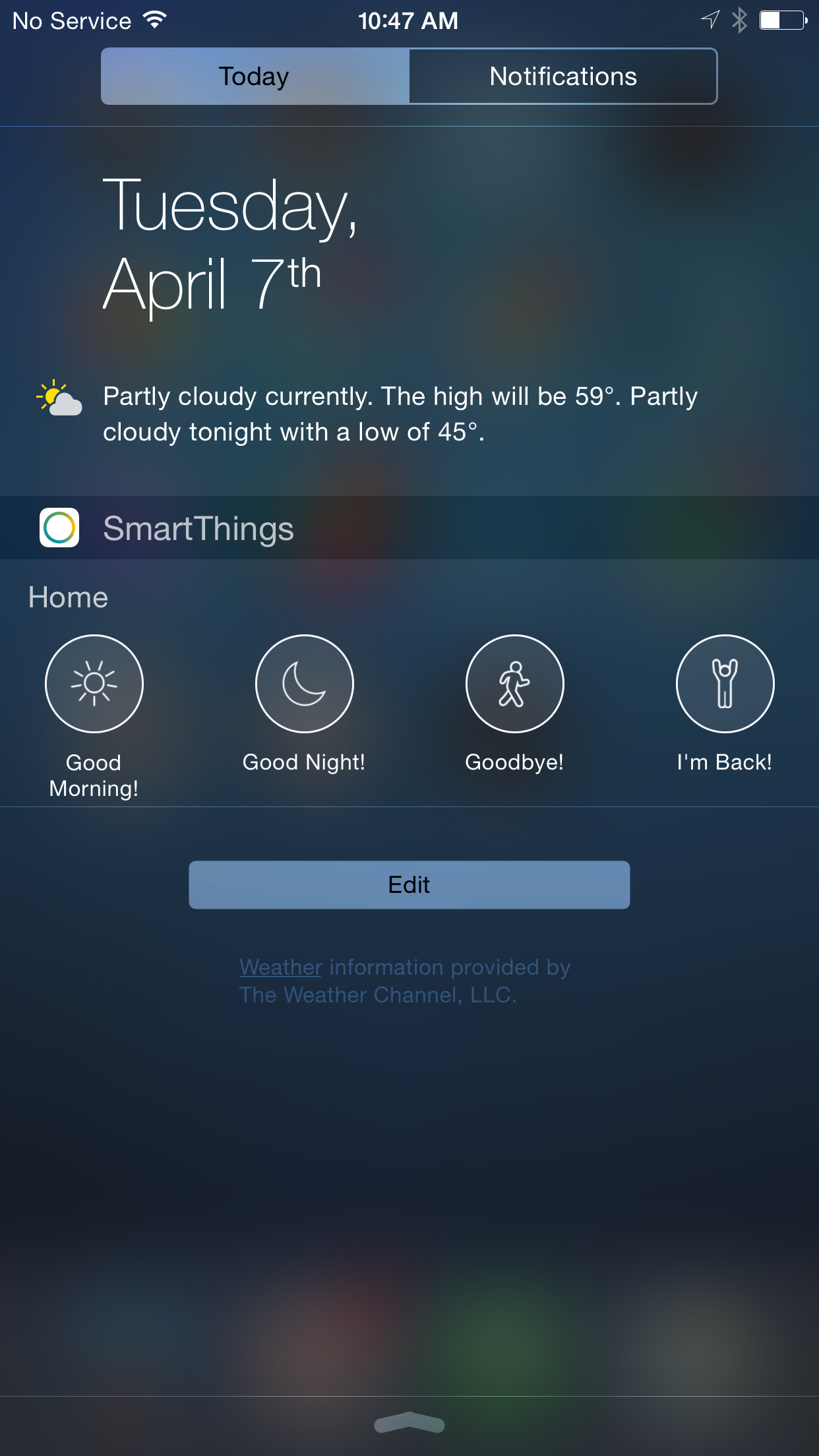 Below is a rundown of what’s new and different.

Most notably:
• Widgets. We’ve introduced a widget that enables you to trigger Hello, Home actions without going in to the SmartThings app.