Last week during the annual IoT World conference, when we weren’t announcing new chipsets and cloud services, we were hosting a workshop and hackathon in downtown San Francisco. 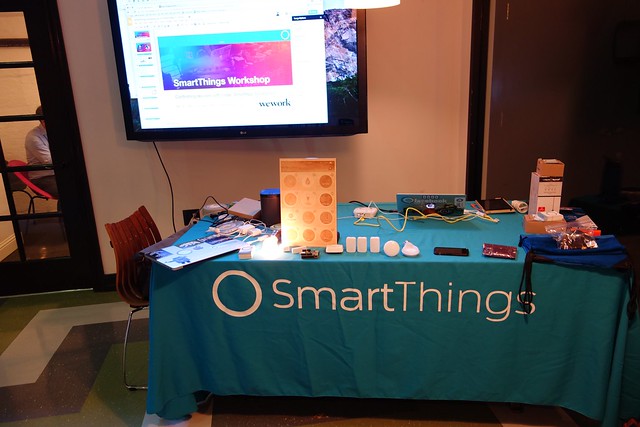 Monday night, our friends at WeWork opened their atrium and game room for a SmartThings Workshop about developer SmartApps. 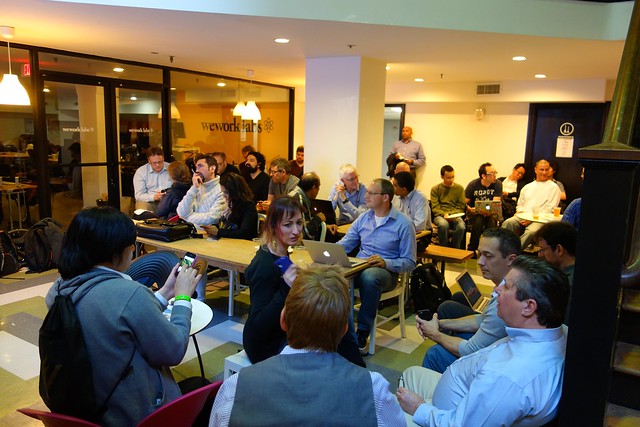 The slides are available here.

Tuesday and Wednesday, we sponsored the IoT World Hackathon, where we were joined by Intel, Wunderbar, Gemalto, Tessel, Silicon Labs, and Texas Instruments–just to name a few. 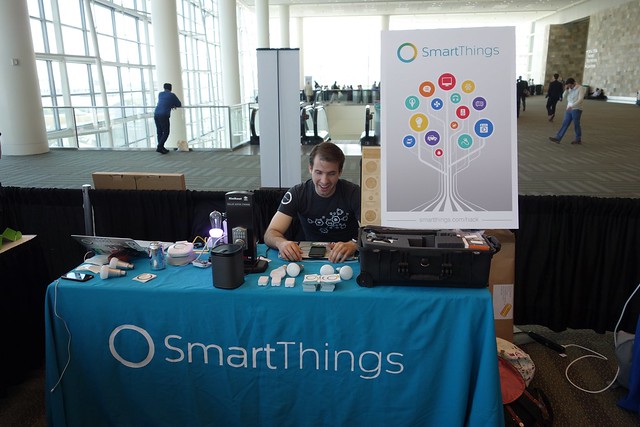 Attendees were competing in two categories: Consumer and Industrial IoT. We’re proud to say that the winner of each prize used SmartThings. 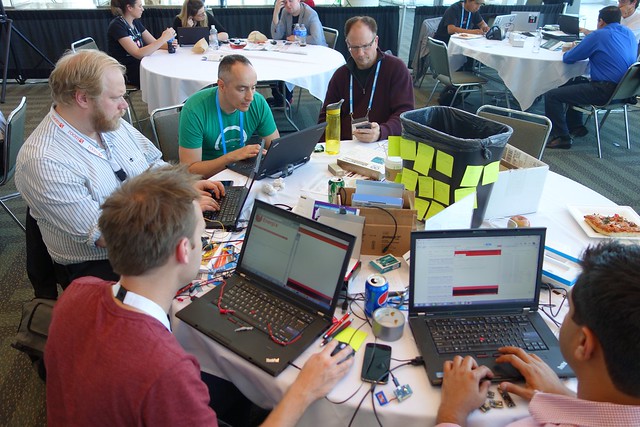 Maged Nabawy and Diana Laboy-Rush solved a problem for the hearing-impaired community. Using the SmartThings Hub and a custom SmartApp, they put a SmartSense Multi sensor on a door and changed the color of a Philips hue bulb when it was activated. If someone knocked on the door, the bulb turned blue. If the door is opened, the bulb turns red. 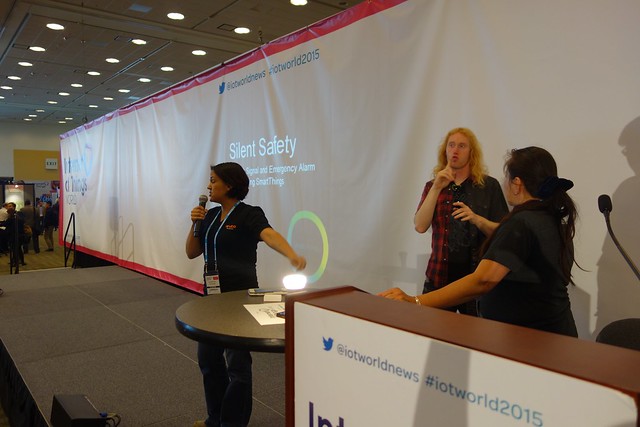 A team from Redwood City startup Room 5 was tired of taking their trash bins outside so they automated it. 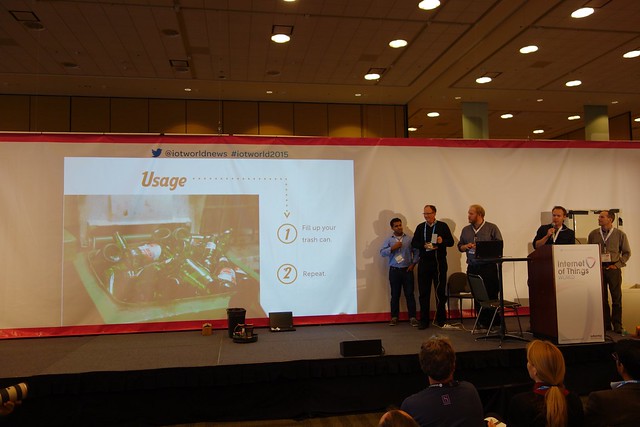 When the Roomba-powered trash bins detected they were full, a SmartApp was triggered to open up a garage door, and the robot would deliver the bins outside. 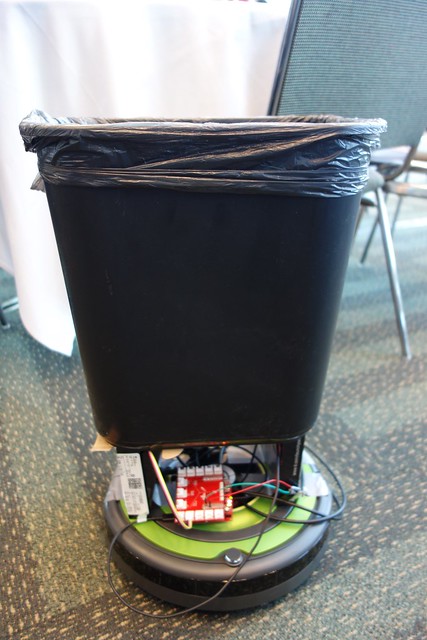 We’re hosting a workshop and hackathon in Portland this week as part of Thing Week PDX. We hope to see you there!