Pop Connection: Catching Up to the Future

Welcome to a new series that examines the Internet of Things through the lens of pop culture.

Star Trek IV: The Voyage Home came out in 1986. For those unfamiliar with it, the basic plot is as follows: the original Enterprise crew slingshot around the sun in order to travel back in time to the “present day” San Francisco to bring humpback whales to the future — and save Earth from an alien probe. From ages 4 to 9, it was my favorite movie (after which Cool Runnings took its place forever). There are many, many delightful moments in it, but one scene, in particular, has always stuck with me:

30 years ago, the idea of talking to a computer was so far beyond what we thought possible, it could only be played for laughs. Maybe 300 years from now we’ll be able to talk to our computers, but for now, future man, please find your way to the keyboard.

Cut that estimate by a factor of 10 and here we are. We talk to Siri, Cortana, Google, and Alexa on a daily basis. And that’s not a small thing when you think about it. The first time I talked to Amazon Echo’s Alexa, it felt like all of my childhood Star Trek conventioneer dreams were coming true. The fact that we see digital assistants and connected technology as commonplace is as thrilling to me as it might have been to Trek creator, Gene Roddenberry.

Star Trek: The Next Generation, took “Hello, computer,” one step further: It allowed the computer to talk back. Forget just getting your information displayed back; it could respond to you, in a nice, calming (feminine, natch) voice. OK, so there wasn’t much need to ask the computer about the weather, but I was always charmed when Captain Picard could call out “Computer, lights!” or demand “Tea: Earl Grey, hot.” 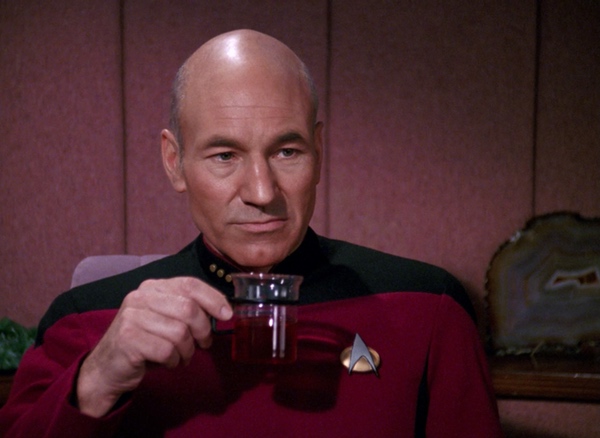 Want to get the Trek setup? Here’s how: